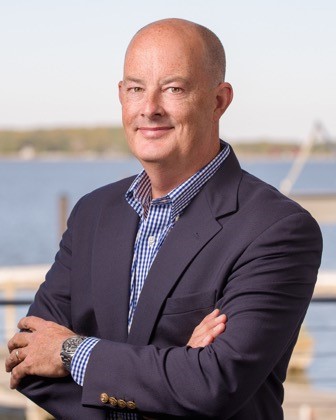 More information about me.

Schuyler was born and raised in Easton. He attended The Country School, St. James School in Hagerstown and after earning a B.A. from Hampden-Sydney College in Farmville, Virginia, he returned to the Eastern Shore to pursue a career in Real Estate.

Schuyler has been licensed for twenty one years and has been an active member of the real estate community. He is a past President of the Mid-Shore Board of Realtors, has served on committees both locally and at the Maryland Association of Realtors and is consistently a top producer at Benson and Mangold.

Waterfront, farms, hunting properties and estate management are among his specialties.

Locally he has dedicated his time to the community by serving on the boards of The Chesapeake Bay Maritime Museum, The Waterfowl Festival, The United Fund of Talbot County and is involved with numerous other charities and organizations.

He and his wife Jenny have two children and they enjoy sailing, fishing and outdoor activities around the bay.